Last week a co-worker told me her daughter recently started a trial of antidepressant medication. At school they say she is ‘overly sensitive,’ cries a lot and has been depressed. She is seven years old.

She’s been diagnosed as ‘mildly autistic’ and has been seeing a therapist in addition to receiving intervention at school. This co-worker has been an advocate for her daughter since the first indication that something was different about her. She reports that representatives of the school say her daughter needs more support than she receives in a regular classroom setting, but they don’t want to put her in special education because they don’t think that’s the best fit either.

This mother believes her otherwise healthy, bright, inquisitive, perceptive and sensitive seven year old child would thrive in an educational environment where her differences are acknowledged as part of the whole, complete person that she is, as opposed to being viewed as problems that need to be fixed.

Yet, with nowhere else to turn, this mother and daughter represent one of many examples of children who are falling through the crack between education and mental health. As the parent of a child whose different way of thinking and learning and depth of feeling and perception has earned him multiple diagnoses and courses of treatment, I empathize with this mother and the choices she must make. 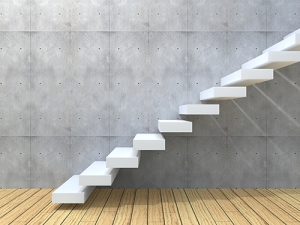 There are many steps in the process of obtaining a diagnosis, and I believe that in most cases the utmost care and concern is used in determining the course of treatment for every child. I am neither a therapist nor a psychiatrist, but I am a mother of a child who has navigated life and education with a growing list of mental health diagnoses since the age of 4. I know that the decision to medicate is not easy for a doctor or parent to make, and I believe that most of the time it’s a decision that is made after carefully considering all of the available information.  My experience has led me to wonder:

I’ve worked with many mental health and education professionals with varying degrees of skill, experience and compassion. I have both cooperated with and challenged those who believe in what they are doing without questioning the foundation upon which their belief is constructed, and grown with those who have a healthy disregard for that which is readily accepted as the best course of treatment.

Of the countless professional we’ve encountered over the years, there have been a few whose combination of an open mind and heart have succeeded in reaching my child right where he is, and gently encouraging him toward a greater, more balanced expression of his whole, beautiful self.  Those individuals are a treasured resource.

As the numbers of children who display a higher degree of need and support continue to climb, more and more parents are faced with a tough choice. Do I accept the idea that something is wrong with my bright, creative, inventive and sensitive child? Or, do I challenge this assumption? 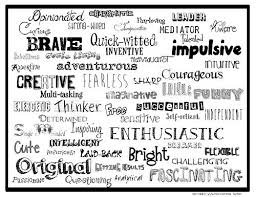 Challenging the perception that there is something wrong with kids who don’t ‘fit the mold’ is nothing new. There are many examples in private and home education alone that indicate a shift in how we view and interact with our more sensitive and expressive kids has the potential to yield tremendous results in terms of what our children are capable of achieving and, more importantly, how they view themselves.

In his book The Edison Gene, ADHD and the Gift of the Hunter Child, Thom Hartman outlines the characteristics of ADHD in a way that encourages us to view these same traits as strengths.  He makes a strong case that, given the proper environment and support, children and adults who exhibit these traits can actually create a thriving, meaningful life, often free from the need for medication. To test this theory, he and his wife Louise founded The Hunter School, where this approach is practiced and continues to evolve. This school has been a saving grace for our family and a place of possibility for our child.

There are also homeschool success stories like Jacob Barnett’s, where a mother’s love and willingness to question the standard views and course of treatment led to even more proof of what’s possible when we dare to change our perceptions.

Is this going to be the case for every child who displays a higher degree of need and support? Maybe, maybe not. But we’ll never know unless we begin to question what we accept to be true about education and listen to what our children, like Jacob, have to say.

“Autism is my way of thinking, my way of viewing the world and it’s because of that that I’m able to do what I do best.” ~ Jacob Barnett

Talk about a paradigm-busting view on what constitutes a disorder!

The children I’ve mentioned here have different diagnostic profiles, but one very important thing in common. First and foremost, they are children. In addition to whatever else they are going to achieve given the proper circumstances, I believe that kids with ADHD, Autism and related diagnoses are fulfilling a vital role as they call our attention to what isn’t working and invite us to consider the idea that ALL PEOPLE do better when the focus is on what’s right with them; not what’s wrong.

Examples like this are valuable in that they show us it is possible for our children to excel and thrive, given the right environment. But what about the kids who can’t go to The Hunter School, or be homeschooled by parents who see and believe in all that is right with them?

The “No Child Left Behind Act” seems to indicate, at least in theory, the belief that every child has value. Yet, if our methods to ensure their value gets a fair chance at being realized aren’t working, then isn’t it time we seriously question those methods and begin to meet their needs in a way that works in practice, not just theory?

I believe that Mindfulness in Education is the place to begin.

There is growing interest in this concept, and too many valuable resources to mention in one post. (HOORAY!)  I am ever the optimist when it comes to the wide spread realization of the value of human life in all of its expressions, and it is from this place of passionate action that I break the mold of what is currently  accepted as the norm and ask the questions that encourage us to meet children where they are and create a sustainable environment built upon the strengths of each individual.

Those explorations will be revealed in a future post. For now, I invite you to contemplate your idea of education with this thought from Peter Senge’s book The Fifth Discipline:

A Learning Organization is defined as one in which “people continually expand their capacity to create the results they truly desire…where people are continually learning how to learn together.”

Title Photo Image discovered HERE.  Thank you for being mindful with drugs, impactednurse.com.  All other images either contain attribution or none was available.

7 thoughts on “Mindfulness Before Medication”