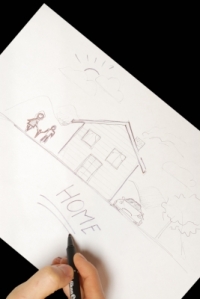 I no longer cringe every time my phone rings during school hours.  After years of receiving several calls each week, often with corresponding official warnings of all the ways my son’s behavior was escalating, deteriorating, or otherwise undesirable, it’s easy to see how the habit was formed.

One of the last situations, which really emphasized the need for the approach only available at The Hunter School, occurred while my husband and I were on our ten-year anniversary trip. I wasn’t there to take that call, but my mother-in-law picked my son up from school that day and experienced firsthand just how bad things had gotten in the best educational setting available to our son in this area.

One of three or four boys in a social skills group facilitated by one mental health worker, he decided to move to a different part of the room to kick a ball by himself.  The staff member advised him to come back to the group and, predictably, he said ‘no.’ She insisted that he return, with no attempt to get to the root of what made him get up in the first place.

After a third verbal prompt to rejoin the group, the worker approached my son and took the ball away from him, provoking him to grab it back, at which point a physical struggle ensued.  He scratched the staff member down both of her arms and scratched him, resulting in a small chunk of skin being scraped off his arm which, to this day, leaves a scar.

Because he was physically violent with the staff member, a report was filed and another notch added to his increasingly spotty record in the program. Further evidence for the need of pharmacological intervention to control those temper outbursts.

I asked my son what could have been done differently.  He was very upset that the staff member tried to make him stop kicking the ball, as it is one of his coping skills. He said if he had just been left alone for a little bit, he would have been able to come back into the group when he felt ready. Being forced to return before he was ready resulted in an unnecessary escalation that turned physical.

This is a powerful example of what happens when the focus is on what is supposed to be going on instead of being mindful of the actual dynamics in the moment.  With awareness, we are able to extemporaneously respond in a way that is respectful of others.

Yesterday I attended a training called “Ideas that Matter.” The focus was on supporting persons with intellectual disabilities, with a brief exploration of human diversity through the ages and the ways society has evolved in its treatment and support of individuals who are perceived as different than those who more closely fit the social norms.

We watched Willowbrook, The Last Great Disgrace, a sobering 1972 documentary by Geraldo Rivera that shed light on the dark ways in which our not-so-distant relatives dealt with those of different abilities. While the above scenario with my son is far removed from what happened within the walls of Willowbrook, our children are still suffering from a lack of awareness and the resources to support their healthy growth and development.

The trainer said she wonders whether she’ll be standing in the same room 30 years from now with a similar sense of disgrace about the things we ‘used to do in 2013.’ She said she can’t think of anything that we aren’t already aware of and working on.  But I can.

While it may appear we are talking about different groups of individuals here, I don’t see it that way. To me, people are people, and every person is worthy and deserving of love and respect. The missing piece in how we interact with others now versus what I hope will be second nature 30 years in the future is the presence of mindfulness and awareness within our own selves, making compassion in all human interactions the norm.

Many empowering ideas are being pursued both in special education and in the support of individuals with intellectual disabilities. Yet even the best of intentions, like trying to get my son to participate in what should have been a fun, small group activity, will continue to yield unbalanced results unless we are mindful of the interplay of energy within our own selves, others, and the dynamics between the two.

Our trainer presented a lot of important history and information yesterday.  Unfortunately, her fervent attempts to keep up with the program even though she’d been sick for the past two weeks, coupled with a distracted dissemination of information and her own admission that she is far too busy to do things like sleep and go to the doctor left me more focused on maintaining my own equilibrium than engaging in meaningful discussion of ideas that truly do matter.

If that’s the mentality with which we pursue what matters, how well do you think these ideas will be implemented? Mindfulness and energy are key components to a healthy, balanced way of being for all.

I no longer experience PTSD paralysis when the phone rings during school hours. Now, I look forward to answering daytime calls from New Hampshire, as it’s usually either a positive update from one of the supportive staff members, or a call from my little boy who knows that even though I’m not physically present, he can reach me anytime he needs to.

I still feel sad that we had to go so far away to get the best support for our son; the kind that helps him celebrate and grow into his differences instead of trying to cure a disorder. I’m grateful for the opportunity though, and it drives my desire to bring it home so that 30 years from now, people will be hard-pressed to believe that there once was a time we struggled to love and accept the diverse nature of being human.

6 thoughts on “Bring it Home”